Institute for Telecommunication Sciences / About ITS / Awards / 2012 Bronze Medal + Certificates

Michael Cotton and Geoffrey Sanders received a Bronze Medal Award for their rapid development and deployment of a system to measure radar spectrum occupancy in support of the President's broadband initiative. They researched, developed, and experimentally demonstrated a specialized measurement system, and used it to conduct a maritime radar spectrum occupancy study that provided spectrum managers with vital incumbent usage data. The findings from this occupancy study were presented as an objective basis for discussions at ISART and used to prepare a proposed new FCC rulemaking. 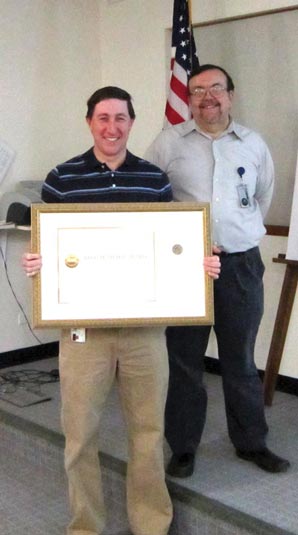 Chris Behm, Paul McKenna, Teresa Rusyn, and Jeffery Wepman of ITS, with Alaka Paul of OSM, received a Certificate of Appreciation for technical leadership across ITU-R Study Group 3 in the area of Radio Propagation. This team filled more than eight leadership roles in the U.S. Delegation to the June 2012 ITU-R Study Group 3 meetings preparing for the 2015 World Radio Conference and provided most of the radio propagation expertise, putting together a suite of about a dozen U.S. technical contributions. 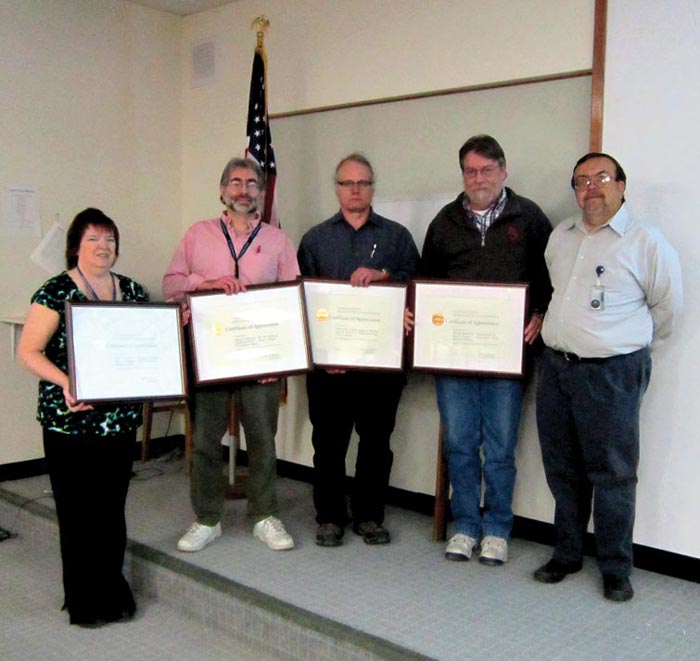