NTIA Technical Report TR-15-520 Speech Codec Intelligibility Testing in Support of Mission-Critical Voice Applications for LTE, by Steve Voran and Andrew Catellier, released today, describes an effort to identify which digital speech and audio technologies are best-suited for mission-critical voice communications over a fourth generation (4G) wireless network using cellular infrastructure. One of the most challenging aspects of public safety communications is maintaining audio quality in the harsh noise environments in which fire fighters, police officers and other first responders operate. ITS has been researching for many years reliable ways to quantitatively evaluate the speech intelligibility of voice communication, both independently and as part of its Public Safety Communications Research (PSCR) partnership with the Department of Commerce’s National Institute of Standards and Technology. This report describes new research designed to quantitatively evaluate the speech intelligibility in various noisy environments associated with a set of codecs for use on cellular networks using Long Term Evolution (LTE)—the technology envisioned for use on the dedicated nationwide public safety broadband network to be deployed by the First Responder Network Authority (FirstNet), an independent authority within NTIA.

The work was conducted in two phases. In the first phase, 83 codecs were tested in 54 noise environments typically encountered by first responders using an objective estimator of speech intelligibility. This analysis identified 28 codec modes and 6 noise environments for subjective testing in Phase 2. In the second phase of testing, 36 current and retired first responders participated in interactive speech intelligibility tests.  The tests identified multiple audio codecs for LTE that can deliver speech intelligibility that meets or exceeds minimum acceptable mission-critical requirements in the wide range of environments that fire fighters and other first responders encounter. These tests also confirmed that the speech quality of audio codecs clearly depends on the data rate available for transmission of voice signals. We hope that the detailed results described in this report can inform some of the design decisions required to deploy mission-critical voice applications for LTE and will eventually result in better communications for first responders. 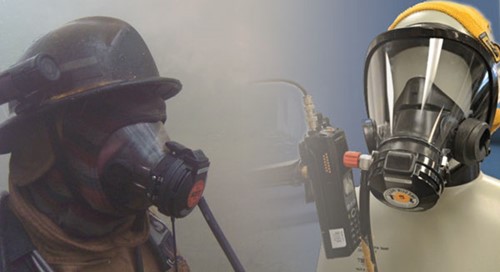