Three staff members from the PSCR (Public Safety Communications Research) program received a group Gold Medal in the category of Scientific and Engineering Achievement from the U.S. Department of Commerce, the Department's highest honor, at ceremonies in Washington, D.C., on Tuesday, November 18, 2008.

The ITT software tool is being used by industry to verify that communication interfaces between different emergency responder radio systems are working and that vendor products meet communication standards for interoperability. This accomplishment supports the Commerce Department's goal of improving public safety communications to better serve Americans and protect American security. 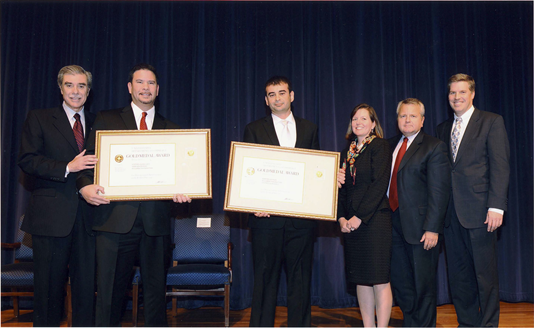