In November 2007, Jeffery Wepman of the Spectrum and Propagation Measurements Division was part of an NTIA team awarded the Department of Commerce Silver Medal, the second highest honor given by the Department, for personal and professional excellence.

The NTIA team was awarded the Silver Medal for their outstanding work in designing the rules for the Digital Television Coupon Program. This effort laid the foundation for the ongoing efforts and responsibilities that NTIA was given in the transition of analog to digital television which will take place on February 17, 2009. 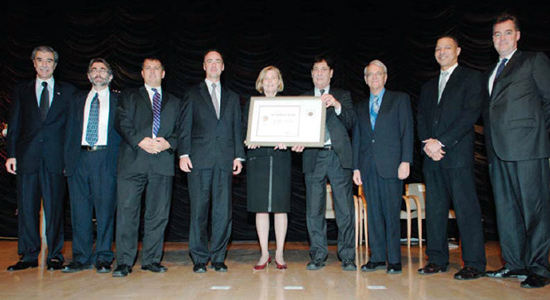