A new NTIA Technical Report, published at the very end of 2017, reports the results of an investigation of speech intelligibility in different radio environments recently completed by ITS’s Audio Quality Research team on behalf of the Department of Homeland (DHS) Science and Technology Directorate (S&T). ITS performed two distinct but related speech intelligibility tests on five speech codec operating modes that might be chosen to provide mission critical voice services to public safety users over an LTE based radio access network (such as FirstNet). The tests followed the MRT paradigm (the ANSI-standardized method for measuring intelligibility) to measure intelligibility under 120 different conditions of simulated network degradation and background noise applied at various levels—emulating a variety of field conditions that might be encountered by first responders.

The reported test results will enable those who design radio access networks and radio access augmentation strategies to make decisions based on speech intelligibility. This is key for public safety stakeholders because speech intelligibility directly affects first responder operations. Getting these designs and augmentation strategies right will make first responders’ routine operations safer and more efficient. And in critical cases it can translate to saving lives and property. 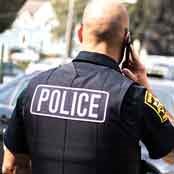 ITS recognized the need for adequate means of specifying, evaluating, and measuring user's experience of the performance of telecommunication systems from the earliest days of the ARPANET. The testing methods and results fully documented in NTIA Technical Report 18-529, Intelligibility Robustness of Five Speech Codec Modes in Frame-Erasure and Background-Noise Environments, published December 28, 2017, are the latest in a decades-long portfolio of research into the relationship between radio link conditions, as defined by quantifiable engineering parameters, and the perceived quality of the transmission—the user Quality of Experience.